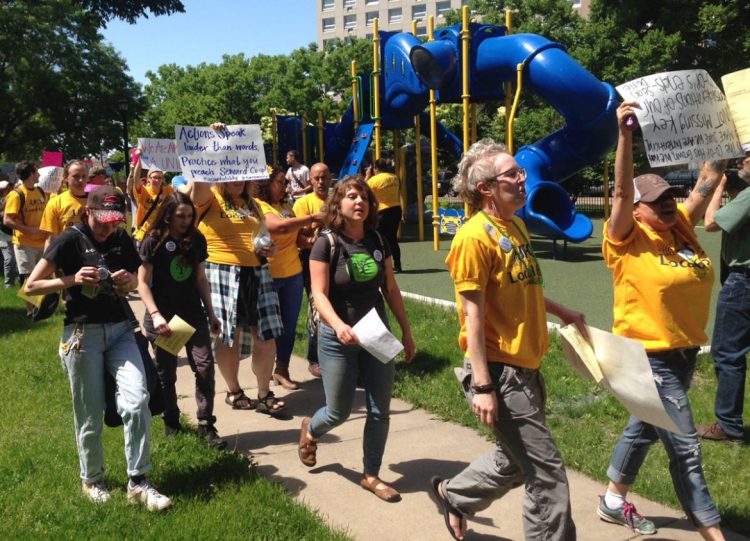 When I received your ridiculously slick corporate letter about the unionization efforts of the workers at Seward Co-op, stating that Seward would be forcing them to hold an election, I immediately knew you were engaged in an illegal intimidation campaign.
I knew this because forcing an election in the face of an overwhelming majority of signed cards is a classic union-busting technique, and I was not born yesterday.
You are stalling to give yourself more time to intimidate, harass, and probably fire one or two of them as an example to others: to fill them with too much fear to vote for the union.
My assumptions, of course, have since been backed up by multiple sources working in the store that I co-own.
I know you. I see you. And this garbage is utterly abhorrent, especially as a co-op.
I demand that you recognize the union.
I demand that you stop illegally harassing workers, specifically Amy Swenson.
How dare you use my membership money to union bust? How dare you?
Most definitely sincerely,
Haddayr Copley-Woods
Member/Owner, Seward Coop
PS I am not threatening to leave the coop. I am not going anywhere. I am contacting leaders right now after I have sent this email to find out how I can help them.